Sad Boys Brewing is seeking backers for its Kickstarter campaign. Their goal is $15,000. The campaign will end on May 15.

Check out their “Office” inspired Kickstarter video below.

There are different tiers of funding. Each level comes with its own reward, such as stickers, shirts, wristbands, brew classes and membership to their beer club.

The Concept and Name

The concept for Sad Boys Brewing began in May of 2020.

On their annual camping trip to the Adirondacks, the team of four all complained about a lack of fulfillment in their jobs. A career change was needed. They decided to try doing what they loved, which is brewing beer.

The name “Sad Boys” came from this realization that they were all sad with their current jobs.

A Place to Gather

The finished space will have both a traditional brewery vibe, but with a greater family oriented feel that will draw people from all over the community.

“Our brand is really big on community,” said chief marketing officer John O’Neill. “Our motto is ‘why drink alone’. When we’re sad we drink, when we drink, we drink together. Figured others would like to drink with us.”

“We’re trying to bring in not only the traditional beer enthusiasts, but people who at first glance say that they don’t like beer. We do plan on having a wide variety of events, whether its music, sip and paint or brew classes.”

Sad Boys Brewing began small, brewing on a homebrew scale. They have since honed in on classic lagers, as well as adjunct dominant ales.

“We have traditional beer styles like our Octoberfest lager, but we’re also trying to enter new territory with our Berry Sad and Kettle Korn Pilsner,” said O’Neill.

Berry Sad (7.7%) is a Ukrainian style IPA. It is hopped and dry hopped with Citra and Amarillo. This will result in a strong citrus and hop profile. In true Buffalo fashion, loganberry is added to provide a pop of sweetness.

Sad Boys also has a unique take on a traditional American pilsner. The Sad Boys team brews its Kettle Korn Pilsner (5.4%) with Czech Saaz and Mount Hood hops. What makes it unique is the addition of corn flakes and kettle corn. Expect a balance of light hop character with cereal sweetness.

Sad Boys Brewing hopes to open its doors in the Fall of 2022. The brewery will be located at 567 Exchange Street in Buffalo. Guests should expect to see six year round beers and four rotating seasonals. 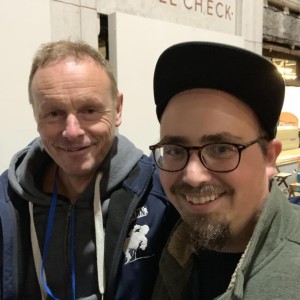 ALL POSTS BY THIS AUTHOR