MLB Players I Want To Drink Beer With

Baseball and beer, is there a better combination? Nothing beats a summer night at the ballpark eating overpriced nachos and drinking a crispi boi. I love to see more and more stadiums offering craft beer offerings from their local breweries. With the MLB spring training in full swing and the regular set to kick off in less than 2 weeks it got me thinking of who would I want to sit down and drink a beer or 4 with at each position? I went with current players for this one but I will do an all time drinking list at some point soon!

As a former catcher myself I always love to watch a skilled player behind the plate. I don’t think there has been or will be a more skilled catcher than Yadier Molina. Yadier isn’t someone you will fear when he walks up to the plate as a hitter but behind the plate you still fear his cannon of an arm. I would love to sit down and pick his brains about catching, hear some crazy clubhouse stories from one the greats and just enjoy a nice trip to the brewery.

This one hurts to write. As a life long Atlanta Braves fan it killed me reading the headlines that not only is Freddie leaving Atlanta but he is going to the Dodgers. That team is stacked already and with a player of Freddie’s talents it makes that team scary. But, I would still love to crack a few beers with Freddie. Freddie seems like the kind of guy who would never give a beer a bad rating out of feeling bad for the brewer. I think it would be a lot of fun to throw back a couple beers with Freddie, even if I would serve him warm IPA for leaving Atlanta.

You didn’t think I would leave a current Braves player off my list did you? I had to work hard to not make this list nothing but the Braves, but I couldn’t take Ozzie off this list. Albies is that gritty player who never has a clean jersey and is always smiling. He just seems like fun guy to be around. Plus, going to hang out at my favorite Atlanta Brewery, Monday Night Brewing, with this world champion would be awesome!

I picked Bo for a few reasons. One, his name is Bo. I have found that if you get a chance to drink with someone named Bo, you do it! Two, he has a lot of the same qualities that I mentioned about Ozzie Albies above. Always smiling, grinding and playing hard. But one of the big reasons I picked Bo is to hear the stories of what life is like having a big league father. Is there added pressure to follow or eclipse his dad in the game of baseball? Did he listen to his father growing up in the game or was he like every other kid who thinks that their father knows nothing.

The Bringer of Rain will most likely lose some of his edge playing for the Yankees this year but this is a guy who just doesn’t care what people think. From playing loud to covering the plate with dirt after hitting a homerun making the ump clean it, this guy plays the game his way. I can see an afternoon at a brewery with him being a memorable one for sure.

It’s Cutch. I could leave it at that and just move on but with Fueled By Hops based in Pittsburgh it’s only fair to include the most recent Pittsburgh baseball icon. It’s a shame that he isn’t suiting up for Bucco’s anymore, most likely best since that team seems to care less about winning and more about not spending money. Now, Cutch plays left field for the Brewers, a team named after beer. Something about sitting back with Cutch, slamming some Old Thunder and Grist House just sounds like a Yinzer dream!

Would it surprise you that Mike Trout could out-chug anyone you know? Is there anything that this guy cannot do? Quite possibly the best baseball player I will ever see in person, Trout has to be able to put down a beer like a champ. Unfortunately that is most likely the only championship Trout will get until he finds a way off the Angels.

Take one look at Charlie. Do it, he looks like he could be behind the bar at any taproom you have ever visited. I imagine that Charlie doesn’t drink the likes of Miller, Bud or anything like that. This guy calms down after a game with a Weldwerks Juicy Bits and Side Project stouts. I would bet he has the best beer cellar in all of baseball. Having a share with Charlie would mean you are trying some of the most sought after beers ever made!

Schwarber drinks, or at least I think he does. This guy is the landfill of any beer share you go to. He is the guy that won’t let a beer go wasted. We all know a Kyle Schwarber type. I can see him being a great time to sit around and just pound beer after beer.

Liam Hendriks is my kind of guy. If he throws a pitch that he isn’t happy with, everyone in the stadium will know. Hendriks doesn’t care if you don’t like him swearing after every pitch, he isn’t stopping. Drinking beer with this guy is more a sprint than a marathon, you are going to drink. Drink a lot. Buckle up!

If my list suck and you want to tell me how I’m wrong then join our group of Beer Nerds here! 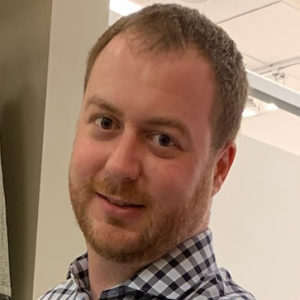 Nick is the co-owner and Content Director of Fueled By Hops. Go Blue!
ALL POSTS BY THIS AUTHOR