Unless you have been to the Shenandoah Valley area of Virginia, you can be forgiven for never hearing of Pen Druid Brewing in Sperryville. Owned and operated by brothers Lain, Van and Jennings Carney, who are also known for their band Pontiak, this brewery heavily focuses on the funky side of things.

Having visited multiple times, I can tell you the beer is absolutely world class. They focus on spontaneous fermentation, wild fermentation & using barrel aging to accentuate the flavors of Rappahannock County, which is where the brewery is located. Everything they make is created on a 10bbl wood fired system, and they naturally carbonate everything they produce. Much like wine producers, they believe in the concept of terroir, which guides their ingredients, adjuncts and basic theory on how beer should taste and be experienced.

Some of the highlights from them include Mars, which is a coolshipped wild blonde using raw wheat and Golden Swan, another wild blonde using local 2 row which was malted by a local distillery. In case you haven’t picked up on, wild blondes are their jam, among many other things. They also recently released III in bottles, which is a blend of 1, 2 & 3 year vintages of their ale made in the traditional method, which really hit that sweet spot between dry, funky, grassy and yet easily drinkable.

On my most recent visit, I had the pleasure of sampling Mars, a wild IPA, and Royal Colors, which is a barrel-aged blonde sour with peaches. Both easily in the top ten beers I have had in the past 6 months, and both of them excellent for their style. I also took home a bottle of Based on Nature, which is a BA blonde collaboration with Stillwater Artisanal, and I cannot wait to dig into that one.

They also just released some big news via their Facebook page – they are moving to a new location in Sperryville! Currently in a smaller production facility in a shopping complex, they are moving to a new location at Eldon Farms, where they will have orchards and vineyards of fresh ingredients to use in their beers. It should be open by Fall 2020, and I know I plan on being there opening day.

Currently, you can find them on tap at Churchkey in Washington DC, and if you are in the area, it is worth the trip to see them. I also should note, for you whiskey folks out there, that Copper Fox Distillery is in the same complex as Pen Druid, and this writer has had more then one day of debauchery between these two fine establishments. So get there soon, before they move! 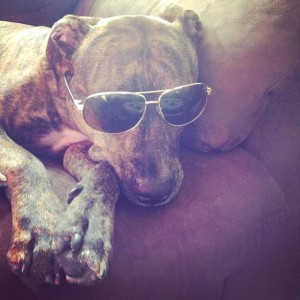