Allegheny City Brewing is located in the heart of the North Side of Pittsburgh. It’s not far from the major stadiums, but is still tucked away enough to feel cozy yet welcoming. Last month, I sat down with Al Grasso, one of the owners and head brewers at Allegheny City Brewing. He owns and runs the brewery with his significant other, Amy Yurkovich, and her brother, Matt Yurkovich. In the mid-2000s, the three of them ended up moving to Colorado and fell in love with the craft beer scene there. Not only is it generally thought to be a top notch state for craft beer, the abundance, from what Grasso says, is astounding. The three of them did a lot of hiking and backpacking and Grasso remembers that in almost all the small towns they stopped in to rest, there was a local brewery or brewpub.

Thanks to this, Grasso became interested in homebrewing, and M. Yurkovich soon followed. They soon realized that not only the volume they could produce, but also the quality of beer they put out was influenced by the type and quality of equipment they used. They slowly started to upgrade to bigger and better setups to push the beers they were brewing. The three of them then decided to move back to Pittsburgh to both be closer to family, since the three of them are from here, and to open a brewery. A. Yurkovich ended up working full time on the brewery while Grasso had a full time job as the head of sales and marketing for a commercial construction company and M. Yurkovich took a part time temp job. Eventually, they transitioned and were all full time at the brewery.

Allegheny City is by far not the only brewery in the area. There are a few others in North Side alone, and plenty more in Southwestern Pennsylvania. Grasso says that the quality of beer that everyone puts out is great, though. No one, in his opinion, puts out bad beer, and he thinks this will help make Pittsburgh a craft beer vacation destination. The fact that most of the Pittsburgh craft breweries are small allows them to not only experiment with different things, such as fruiting beers, but also makes it that you aren’t going to have the same beer twice at different locations. If a brewery wants to be known for a type of beer, that’s great, but some, like Allegheny City, want to be known as a neighborhood pub and gathering place. They want to be welcoming to everyone and try to have something for all tastes whether you are looking for an IPA, a sour beer, or something similar to a Miller Lite. He thinks that at this point what people seem to what is a clean, refreshing beer that they can sip while relaxing at a BBQ, on the patio, or just out with friends and not need to worry about it having a high ABV.
Because of the variances within each brewery or brewpub, Grasso doesn’t think you should check them out over any other brewery. You should check them out and then everyone else, because each location has their own things that make them special. Regardless of which brewery you are visiting, he (as someone on the board of the newly formed Pittsburgh Brewers Guild and brewery owner) follows the motto “A rising tide raises all ships.” Patronizing other places will just help them all in the long run, which is something they try to do already anyway. If a brewer needs advice, a bag of grain, yeast, or anything, really, Grasso says that they can just go on to social media, email, or make a phone call and get it from another local brewer. They do their best to help and work together.

Since Grasso has made the transition from homebrewing to brewing as a career, I asked him, like other, what advice he would have for homebrewers that want to open up their own breweries. At first he laughed and said “don’t do it!” but made it clear that he was joking. His real advice was to realize that it is not just a 6-8 month process, it is a years long process. It takes a lot of time, money, and energy. Your beers need to be on point from the start or you won’t make it. He also said that the best piece of advice he received was from another local brewery, and that was to take your budget and double it, and take your schedule and double it. What you initally thought it would take isn’t enough. Grasso ended it by saying “It is a journey, but it’s 1000% worth it.” 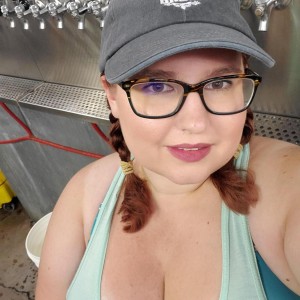 Holy Can Releases! Altered Genius is STOCKED up this weekend!

The Four Horsemen of Pittsburgh Craft Beer Ride again with Bash at the Beach!

Holy Can Releases! Altered Genius is STOCKED up this weekend!

The Four Horsemen of Pittsburgh Craft Beer Ride again with Bash at the Beach!